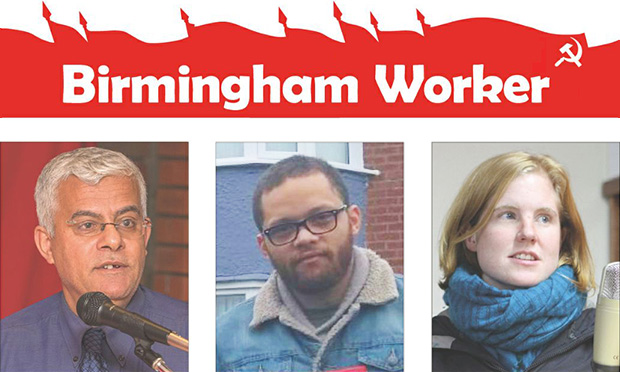 The votes this year for Birmingham Worker candidates mark a step forward, no matter how small, for working class people in the city. They also mark another step forwards for communists in Birmingham.

The offices of the CPGB-ML in Highgate, have been busy all month as comrades gave their time working on our first foray into electoral politics. Results in Stirchley and Brandwood were good first time efforts for Marxist-Leninists; we beat the great TUSC (trot-left social democrat) coalition in Kings Heath and we can build on our effort in Balsall Heath where we beat both the Tories & Greens to third place.

We’d like to express our sincere thanks to all our members, our supporters, those bin men who ignored the trots & union chiefs to spread the word, our neighbours and all those we met along the way. We’ll be in touch with everyone who left their name, address, email etc and if you didn’t but wish you had, fill in the form below. It’s another Labour council, and it’s going to be years of more assaults on working class interests. There’s not been a better time to join the Communist Party in Birmingham for decades. Get involved.